explore past events
gallery
produced by
PRODUCED BY

Second Wave of Headliners & Programming Announced for On Air Fest

On Air: The Podcast Experience Launches Feb 23, Featuring Immersive Installations From My Favorite Murder, On Being Project, The Heart & Others TBA

From February 23-25 at Brooklyn’s Wythe Hotel, On Air Fest returns for its biggest and most eclectic, experiential and experimental year to date, featuring a lineup of long-established icons, emerging voices and exclusive premieres that just grew even more exciting. Today, the event announces its next wave of podcasts and programming additions, further expanding three packed days to include special presentations from Apple Podcasts’ 2022 Show of The Year winner, Slow Burn: Roe v. Wade, as well as The Slowdown from APM, Not Lost with special guest John Cameron Mitchell, Dead Eyes’ Connor Ratliff, and upcoming CBC true crime series The Africas Vs. America. Signaling anther rapid expansion of both breadth and talent, On Air has also added The Podcast Penthouse, a brand new festival stage for the first time, where attendees can witness live tapings from NPR’s Life Kit, Sheroes, forthcoming series by Radiotopia Presents and The Moth, plus an interview with Kevin Morby for Talkhouse’s That’s How I Remember it With Craig Finn, and much more still to come.

Since its launch as a cultural experiment in 2017, On Air Fest has increasingly become the most important, influential event for storytellers, listeners and the audio community at large. Produced by work x work - the go-to creative agency powering the podcast revolution, bringing major brands like Meta, Netflix, NFL, Sonos, Spotify, Squarespace, Target, Warner Music Group and more into the audio movement - 2023 will continue to redefine the creative possibilities of sound, while reaffirming its place as "the Coachella of podcast festivals" (Fast Company).

Alongside the new additions announced today, Main Stage headliners include the highly-anticipated relaunch of the Peabody Award-winning On Being with Krista Tippett, star-studded live interviews from Luminary and UPROXX’s People's Party with Talib Kweli and Pushkin Industries’ Talk Easy with Sam Fragoso, and a performance from Sisters, a personal documentary about love, power dynamics and more from audio artist and The Heart creator Kaitlin Prest, in collaboration with CBC Podcasts, Mermaid Palace, Radiotopia from PRX, and her own sister, Natalie Prest.

Now joining the Main Stage on Feb 24th and 25th are host Susan Matthews and the award-winning team behind Slate’s Slow Burn: Roe v Wade, who will discuss the making of the series, and the aftermath of the country’s landmark moment. Pushkin Industries, Topic Studios and iHeartMedia’s Not Lost will bring a live dinner party to On Air, led by host Brendan Francis Newnam and the Tony-winning John Cameron Mitchell. From APM, The Slowdown comes back to On Air with poet and newly announced host Major Jackson, for an interactive session exploring how poems translate differently on paper vs. the human voice, and CBC’s The Africas Vs. America will investigate the 1985 story of police bombing a Philadelphia housing project and killing 11 members of the local Black liberation organization called MOVE.

As revealed earlier this week, CNN anchor and former NPR host Audie Cornish will be the latest icon to receive On Air Fest’s Audio Vanguard Award. Following previous awardees such as This American Life's Ira Glass, Fresh Air's Terry Gross and Radiolab's Jad Abumrad, the 2023 edition will close out the Main Stage on Feb 25th, celebrating Cornish’s singular voice, cultural advancements and creative legacy through a career-spanning conversation conducted by Kara Swisher, host of On with Kara Swisher & Pivot podcasts, and Editor-At-Large at New York Magazine. Further carving out a place for artists and storytellers defining the moment in audio, on Feb 24th, On Air Fest will be hosted by the dynamic Ronald Young Jr. (HBO Docs Club, Solvable from Pushkin Industries), and Feb 25th will begin with opening remarks from Connor Ratliff, actor, comedian and host of Headgum hit podcast Dead Eyes, which has welcomed Tom Hanks, Adam Scott, Jon Hamm, Nicole Byer, Nikki Glaser, Zach Braff and more in a quest to solve the haunting mystery of why Tom Hanks once fired Ratliff from a small acting role two decades ago.

On both Feb 24th and 25th, the 8th Floor Penthouse of the Wythe Hotel will be home to On Air Fest’s first-ever stage for live podcasts. The Podcast Penthouse will feature in-person recordings of the new multi-part limited series Radiotopia Presents: Bot Love - about the way that humans are developing meaningful relationships with artificial intelligence chatbots - followed by NPR’s Life Kit with new host Marielle Segarra, Talkhouse series That’s How I Remember It with host Craig Finn and special guest Kevin Morby, Grown from The Moth, and Carmel Holt’s Sheroes.

In addition to the the latest iteration of the invite-only Hot Pod Summit, in collaboration with Hot Pod and The Verge, On Air Fest will kick off on Feb 23rd with the inaugural debut of On Air: The Podcast Experience. An unprecedented and immersive new way to connect with podcasts, the first-of-its-kind installation will see multiple rooms at Wythe Hotel taken over by a collection of shows and their creators. Featuring ephemera from My Favorite Murder and other programs from the Exactly Right Network, as well as the On Being Project, The Heart and more TBA, each space will envelop visitors in the world of a singular podcast, as rooms draw inspiration from open studio tours, immersive theater, and interactive fan experiences.

On Being with Krista Tippett

The Slowdown with Major Jackson

The Africas vs. America

Grown (from The Moth)

That's How I Remember It with Craig Finn & Kevin Morby

On Air: The Podcast Experience

On Air Fest Brooklyn 2023 is presented in part by Topic Studios, Paramount, and Audible.

About On Air Fest

On Air Fest is advancing the culture of audio. We bring together an expansive range of emerging and established voices to explore the creative possibilities of sound. Created and produced by work x work, On Air Fest has evolved into the premier cultural event for audio storytellers and inspired listeners. Throughout the year, we produce a range of cultural programming, from annex events, to our residency program, creative collaborations to cultural campaigns and podcasts. On Air Fest carves a place for artists and storytellers who are defining this moment in audio.

work x work is a full-service creative agency amplifying the world's leading brands through storytelling, design, and experiences. Our innovative work has made us the go-to agency for organizations looking to participate in audio culture. In addition to design, strategy and events, we create multi-channel campaigns, original content and produce podcasting's premier cultural event, On Air Fest.

BACK TO ALL NEWS
The Wrap: Audie Cornish to Receive 2023 Audio Vanguard Award
Others Also Read
READ MORE 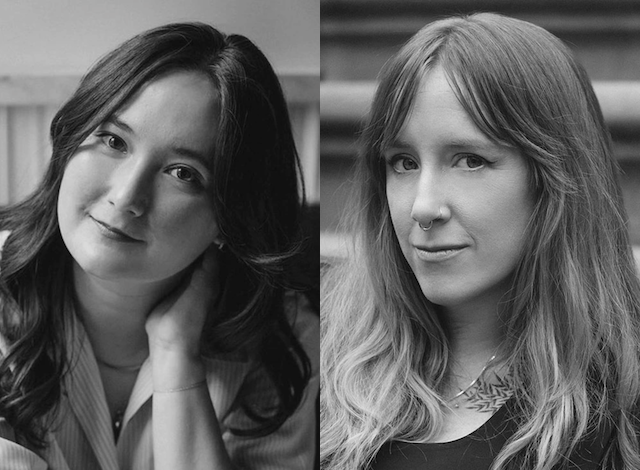 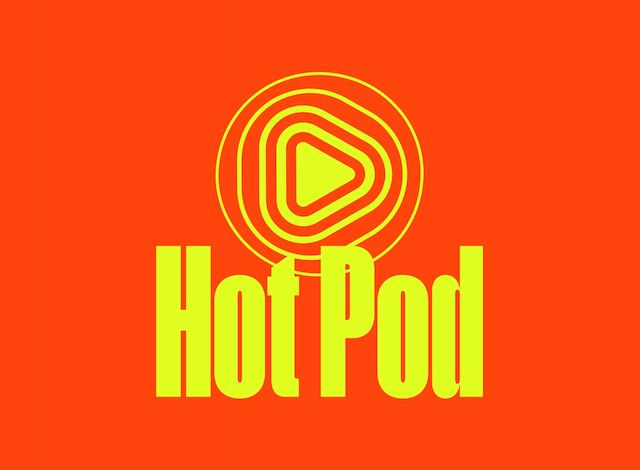 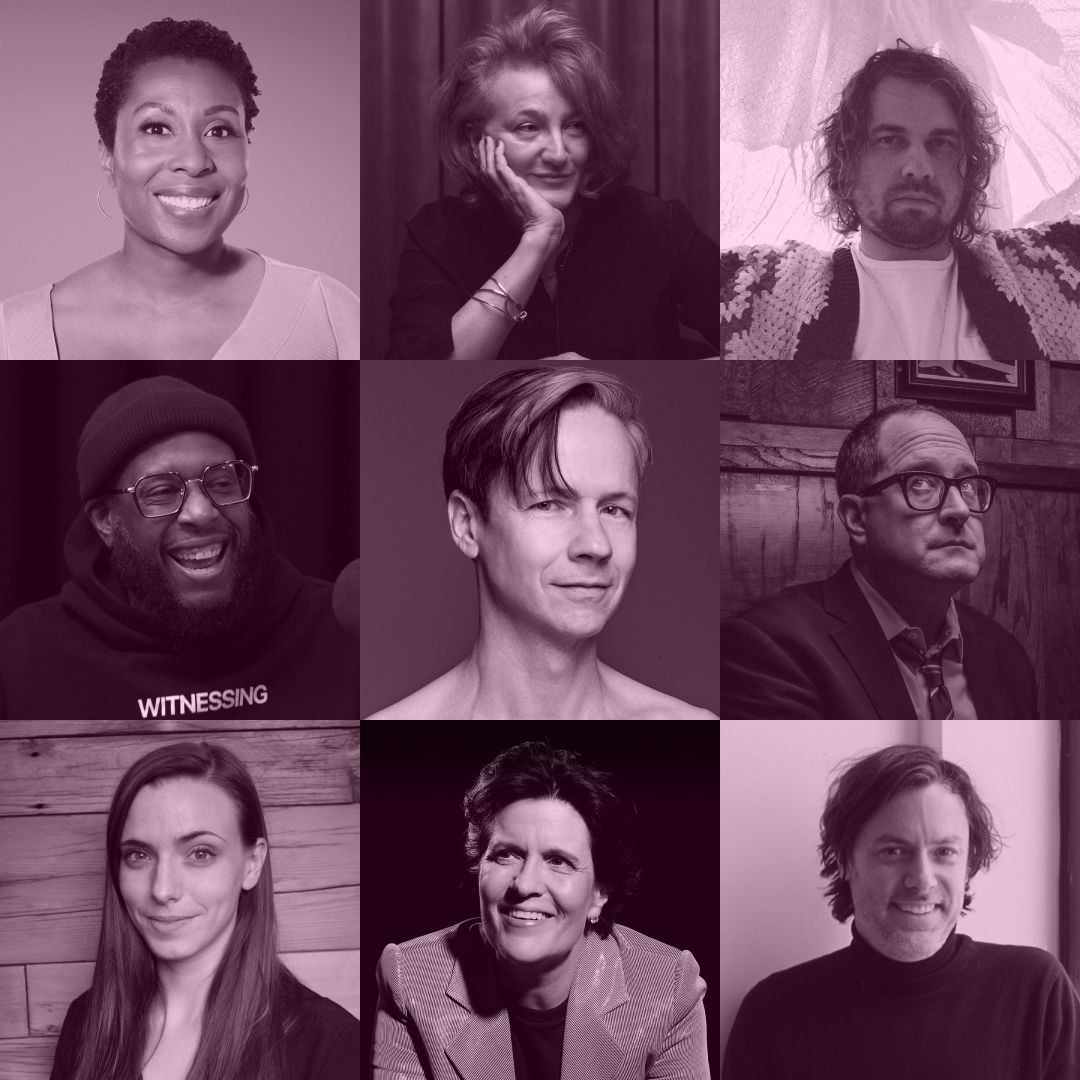 Second Wave of Headliners & Programming Announced for On Air Fest